Even the Darkest Night 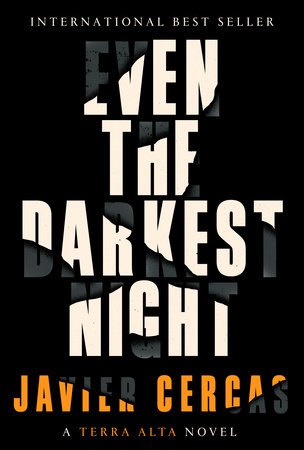 "A first, prize-winning work of suspense from the internationally acclaimed author of Soldiers of Salamis. Melchor Marrin is a young cop from the big city, Barcelona. But he is also an outsider. The son of a prostitute, Melchor went to prison as a teenager, convicted of working for a Colombian drug cartel. Behind bars, he read a book that changed his life: Les Miseerables. Then his mother was murdered. He decided to become a policeman. Now he has been sent to Terra Alta, a small town in rural Cataluna, to investigate the horrific double-murder of a wealthy local man and his wife. Before long, it becomes clear that nothing about the case is quite as it seems. Even the Darkest Night is a thought-provoking, elegantly constructed thriller about justice, revenge and, above all, the struggles of a righteous man trying to find his place in a corrupt world"

Very long work (read the ebook but would guess around 500 pages) where the action is always interrupted by long literary digressions and the literary flow is cut in by sudden action.

Maybe just me because the book has lots of very good reviews on other sites.